Have you heard about Ashley Madison? Word on the street is that she’s a real nymphomaniac who’s only attracted to married guys. So, if you’re currently in a relationship, you will want to watch out for this seductive bad girl; in fact, even if you’re wearing the pants you should watch out, since Ashley Madison might just convince your husband/wife to cheat on you… Now, before you go and google for info on this Ashley Madison character, I might as well tell you it’s actually a website we’re talking about here. Not just any website mind you – but an arguably deviant dating service. geared towards married couples in particular. Ashley Madison actually offers a GUARANTEE that you will have an affair (or your money back. And this is not some kind of swing community, in case you’re wondering… it’s actually a service that is based on tempting users to actually cheat on their spouses just for the kicks.

“Life is Short. Have an affair.”

That is actually the Ashley Madison slogan, which you can see right under the logo in their homepage. How is that for a motto? And if you think this is one of those concepts that would never fly in the real world, think again; this website has been around for almost a decade, and they claim to have nearly 8 million registered members. We all know there’s no shortage of cheating weasels out there in the real world, but to think there’s now a website catering to people who actually looking to have an affair with someone that is also married or in a relationship… well its just outright scary.

You know, maybe I’m just an old-fashioned guy. But back in the day, having an affair was something that just happened. Sure enough, occasionally it was something that one would actively seek when going through a rough patch in the marriage… but people didn’t have affairs because it was easy or as trendy as Ashley would make you feel it is. It certainly seems that nowadays our morals have sunken so low that we actively promote cheating and ruining marriages to one another, judging from the rising popularity of the Ashley Madison website. In fact, I can hardly conjure a string of words that adequately expresses my disgust for a website that guarantees they can help you have an affair.

Trust me on this one: if you kind of feel like having an affair (but you’re not quite sure how to start), you seriously stop what you’re doing and ask the nearest person to slap you on the face. Hopefully that will knock some sense right back into you, and keep you from embarrassing yourself. Maybe I’m just being intolerant and antiquated, but I earnestly believe that someone who must rely on a specialized service to succeed in having an affair clearly doesn’t know what they’re doing.

I do understand there are valid reasons for having an affair, and in some cases it may even help save a marriage – contradictory as that may sound; however, to realize there is actually this huge dating service out there that focuses exclusively on the cheap thrill of spouse-cheating, and to know there are millions of people actually paying to use that premium service… wow, that really makes me feel that our crazy society is irrevocably beyond remedy. Any thoughts on this one? 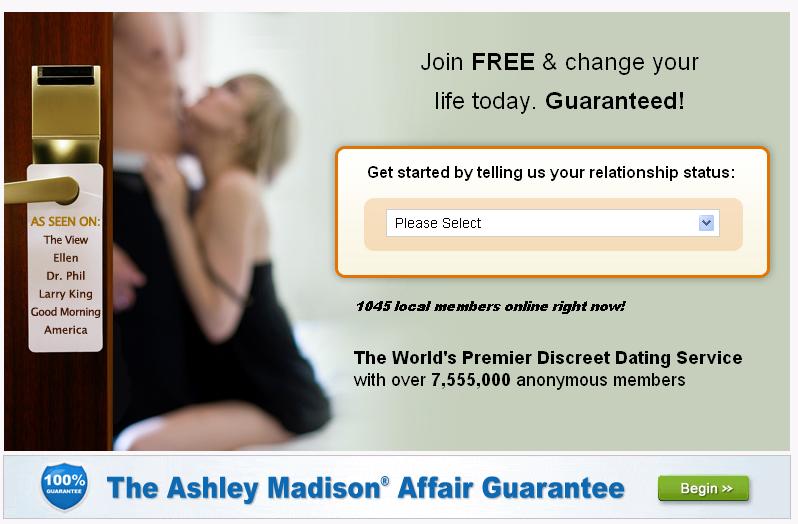 Home of the Meek Two-Timers.